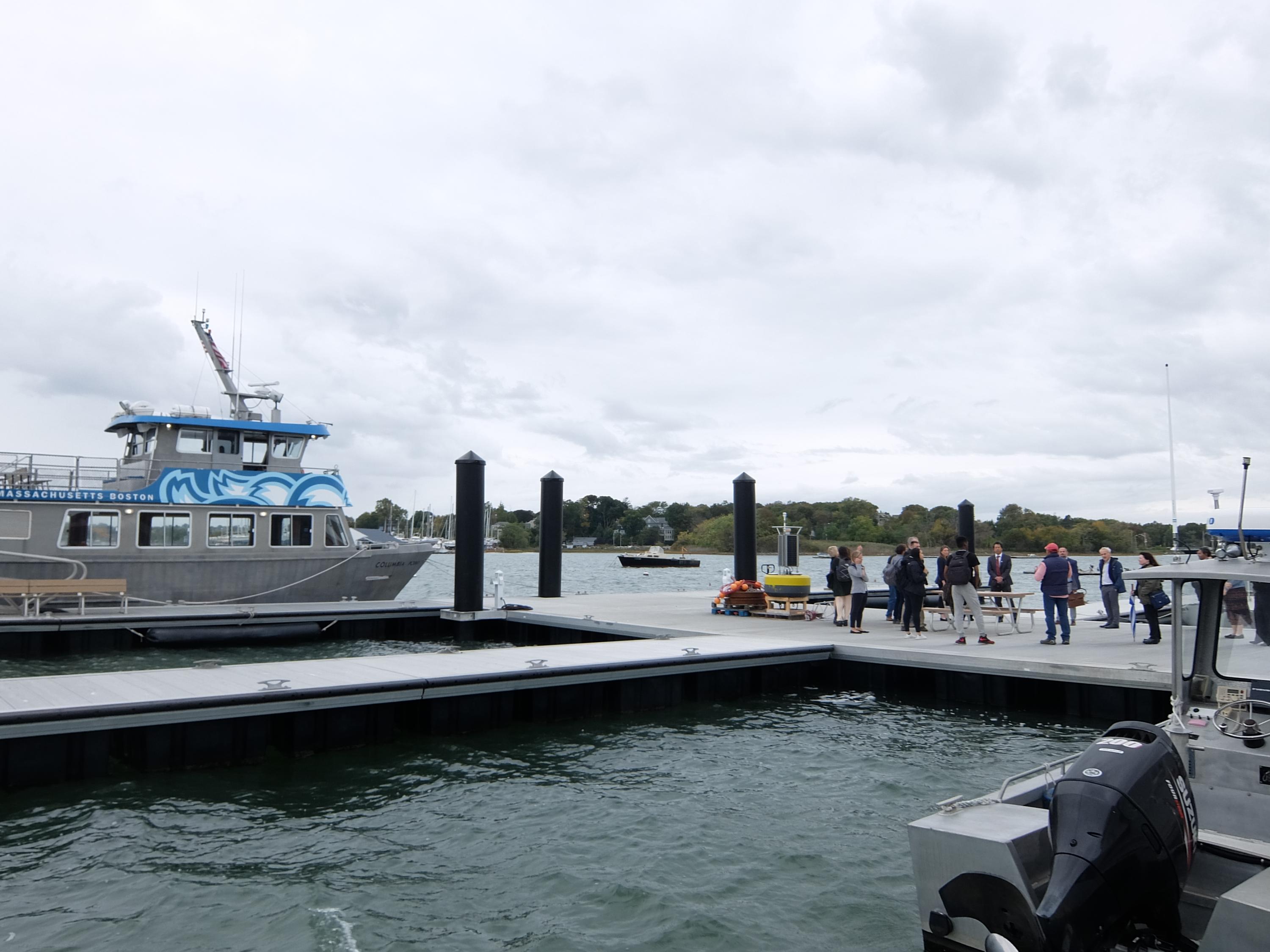 BOSTON – The Baker-Polito Administration yesterday announced a new $820,000 innovation grant to UMass Boston from the Seaport Economic Council (SEC), which will invest in new research and development tools on the waterfront campus and to spur engagement with innovative BlueTech startups. The SEC’s Innovation Grant program, managed by the Innovation Institute at the Massachusetts Technology Collaborative (MassTech), will also boost increased engagement between UMass Boston and the local BlueTech community through an expanded partnership with Boston-based SeaAhead, an organization launched in 2018 to support startups focused on innovation and sustainability in the world’s oceans.

The new grant to Project BEACON (BlueTech, Energy, Aquaculture Coastal and Ocean Needs) will boost the core facilities at UMass Boston to better support small BlueTech startups and entrepreneurs that require advanced facilities to construct, test, and launch prototypes. The investment will allow for the purchase of a JetYak® autonomous surface vessel developed and designed at the Woods Hole Oceanographic Institution and produced by Falmouth’s Integrated Coastal Solutions. The purchase will expand the much-needed ocean floor mapping capabilities in the region. The grant will also expand onsite facilities, including a machine shop and field prep facility, plus increase direct waterfront access via the University’s Fox Point Dock. The expanded facilities will boost research opportunities for growing startups engaged through the SeaAhead partnership, but also grow BlueTech training opportunities for UMass-Boston students.

“Our administration has made boosting R&D infrastructure statewide a key part of our economic development efforts in the tech and innovation sector,” said Governor Charlie Baker. “This new investment in UMass Boston will also support workforce development efforts, increasing the interactions between innovative startups and the students at UMass-Boston to advance the talent pipeline for BlueTech industries across the region.”

“Through our work on the Seaport Economic Council, we’ve prioritized investments that will have a positive and immediate impact on Massachusetts’ coastal communities,” said Lt. Governor Karyn Polito, Chair of the Seaport Economic Council. “This exciting partnership with UMass Boston and SeaAhead lays the groundwork to speed the growth of BlueTech innovation in the Commonwealth.”

“We’ve worked extensively to expand economic opportunity across the state,” said Housing and Economic Development Secretary Mike Kennealy. “The investments made here will expand the talent pipeline in the BlueTech sector, while at the same time developing a launch pad for startups focused on our oceans and marine environments.”

“Massachusetts is a leader when it comes to our ocean industries, including commercial fishing, aquaculture, and our growing wind energy sector,” said Undersecretary of Community Development Ashley Stolba, Vice Chair of the Seaport Economic Council. “BEACON will play a critical role in uniting our existing tech and innovation hubs across the state, helping ensure we maintain and expand our global leadership in BlueTech. This grant will work in parallel to the grants we’ve made across our coastal communities to advance economic competitiveness, bolster resiliency, and expand tourism and recreation resources.”

The grant will enable startups to access an array of upgraded resources at UMass Boston, including:

“We are thrilled to be launching Project BEACON with support from the Seaport Economic Council,” said UMass Boston Provost Joseph Berger. “Climate equity is a strategic priority for UMass Boston, and this partnership  with SeaAhead is an ideal opportunity for us to advance the BlueTech economy and contribute to the sustainability of our oceans and coastal areas.”

The partnership with SeaAhead will bring new companies to BEACON, committing funding through the award to boost startup engagement through events, direct marketing, and outreach efforts to increase awareness of the expanded capabilities at UMass-Boston. SeaAhead will engage its existing cohort and connect with additional companies outside of the region.

“SeaAhead was formed around the concept of creating a new bluetech economic cluster in New England. The BEACON project will accelerate this effort by providing access to critically needed infrastructure for the startups,” said Alissa Peterson, Co-Founder and Executive Director of SeaAhead. “The proximity of these startups will also create career opportunities for the diverse pool of talented students that attend UMass.”

The new award also builds on previous Commonwealth support for SeaAhead and its BlueSwell accelerator program, an effort launched with the New England Aquarium to support early-stage BlueTech companies. For BEACON, MassTech collaborated with SeaAhead on the needs of the startups and entrepreneurs currently engaged with its startup platform and developed a list of equipment that would serve those needs. The launch event featured remarks from four companies in SeaAhead programs - Aloft, Radmantis, SeaDeep, and Seatrac  - which toured UMass Boston’s facilities for the first time.

“Massachusetts has been a leader in BlueTech for decades and over the coming years, this grant could transform UMass Boston into a hub that will attract new companies to the region,” said Carolyn Kirk, Executive Director of the MassTech Collaborative and the former Mayor of Gloucester, Mass., one of the leading ports in the state. “Areas like aquaculture, offshore energy, and ocean-going robotics are just a few of the areas where BEACON can have a tangible impact and lead to further company growth in Massachusetts.”

This is the third grant awarded by the Innovation Institute under its innovation focused work with the SEC, following the $1 million-plus announced in in 2018 and 2021. It’s also the second R&D grant to UMass Boston this year, following the award of $1 million to boost quantum computing research on the campus from the Commonwealth’s Collaborative R&D Matching Grant program.

About the Innovation Institute at the Massachusetts Technology Collaborative

The MassTech Collaborative is a quasi-public economic development agency that strengthens the competitiveness of the tech and innovation economy by driving strategic investments, partnerships, and insights that harness the talent of Massachusetts.  The Innovation Institute is the division of MassTech that advances its core mission of innovation and cluster growth across the Commonwealth.  Created in 2003, the Innovation Institute intervenes in the economy in the following four ways:

•          Conducts research and analysis that improves the state’s understandings of unmet needs and opportunities in the innovation economy;

•          Serves as convener and key strategic broker on the landscape;

•          Manages high-value projects on behalf of the Commonwealth; and